A member of the Oyo State House of Representatives who defected from the All Progressives Congress (APC) to the ruling People’s Democratic Party (PDP), Hon Simeon Adegbola Oyeleke, has been received by PDP members in the Assembly.

He was elected in 2019 to represent the constituency on APC’s platform.

The legislator, who recently joined PDP, has now been officially received by PDP members in the meeting.

DAILY POST reports that Oyeleke was presented with the PDP flag of the People’s Democratic Party during the short ceremony at the House of Representatives.

Oyeleke said in his letter of resignation to the House of Representatives that he had left his former political party APC over a number of unresolvable internal squabbles. 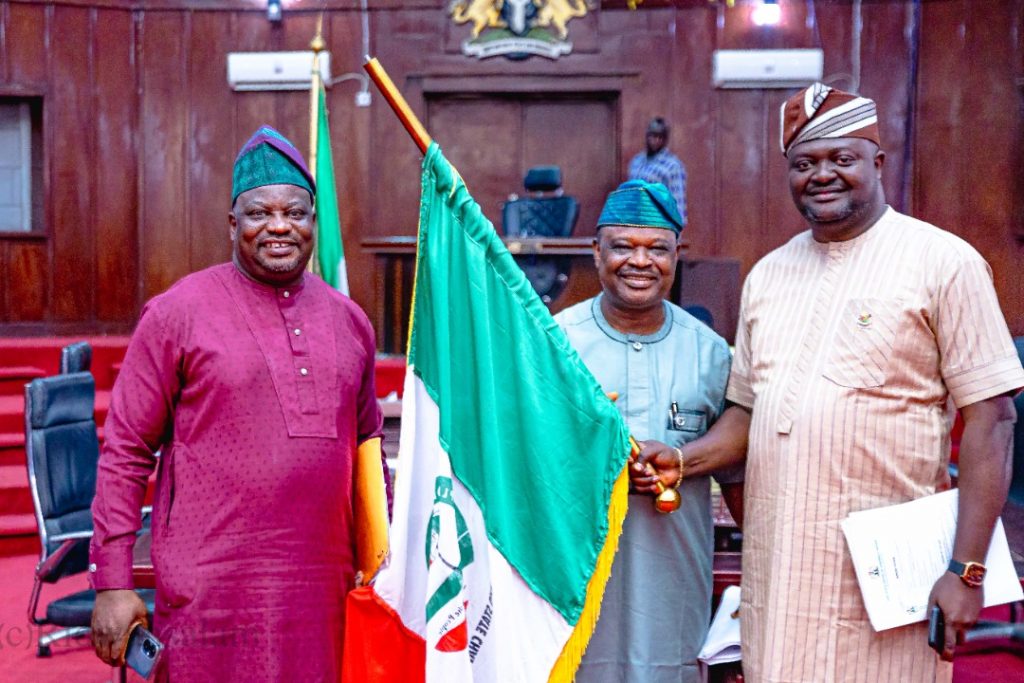 His letter was read by the Clerk of the House of Representatives, Mrs. Oludara Awe,

Oyeleke said in the resignation letter: “APC in Oyo State has failed to uphold the principles of democracy, especially when it comes to justice and fairness in its dealings with party believers. I cannot remain in a party that does not value my interests and those of my supporters.

“The PDP has shown great potential in Oyo State and it remains the party to beat at all levels in 2023.”

Speaker of the House of Representatives, Adebo Ogundoyin, welcomed the legislator to the PDP and applauded his decision to join the PDP in the state.