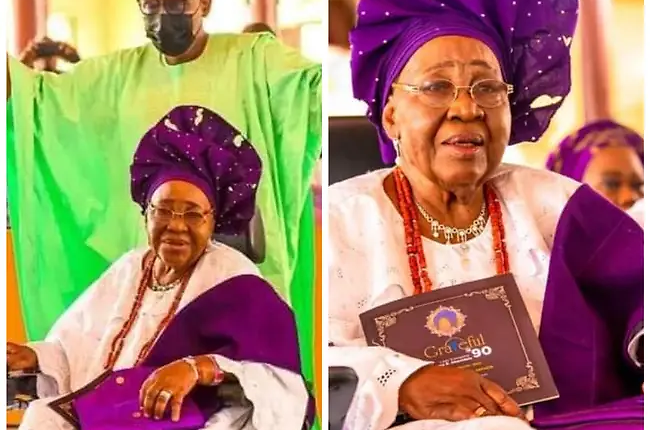 The death was confirmed today in a statement from Akeredolu’s Chief Press Secretary, Richard Olatunde.

According to the statement, the non-year-old who was survived by her children, grandchildren, great-grandchildren and other relatives died peacefully in her sleep on Thursday morning.

It also announced that the family would make further announcements in due course.