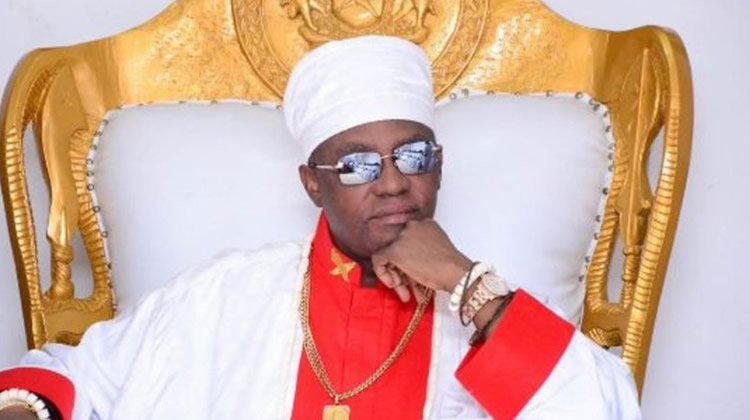 A Benin palace chief, the Ayobahan of the Kingdom of Benin, chief Osamede Adun, on Sunday warned some senior leaders of the Ulegun community in the Ikpoba-Okha local government area of ​​Edo state to stop invading the Oba’s lands in the community, and described the act as a sacrilege.

In response to a video on social media in which an unidentified person defamed the Oba with attempts to reclaim the land, Adun said he was one of the leaders who went around the kingdom to identify all the lands of the Oba as handed over. to his ancestors.

Reaffirming his loyalty to the Benin Kingdom, Adun said, “If these people want to cause a crisis in the kingdom, they must be told they will not succeed. I heard the man who made the video call Ogiamen. For the information of the public, Ogiamien has no palace, Ogiamien is a chief like me belonging to Uzama N’ibie in the palace.

“The land was given to Oba Akenzua and not even to our father (the present Oba). The land has been there for more than three decades. I was one of those picked to control the land across the kingdom shortly after the new king was installed, and then we took inventory.

“It was the elders in this village who showed us this land of the Oba and we confirmed it with the research plan and we went back to report to the Oba.

“About a year ago some people started building houses on the land and the same leaders who said the land belonged to the Oba are responsible for giving this land away.

“It is an abomination to take over Oba’s land unless he gives it to you, so the steps we are taking now to get that land back is a decision of the palace heads, because we will not fold our arms and look at people who claim to be benin destroy our heritage.

See also  Nigerians must not lose faith in the judiciary, Wike . says