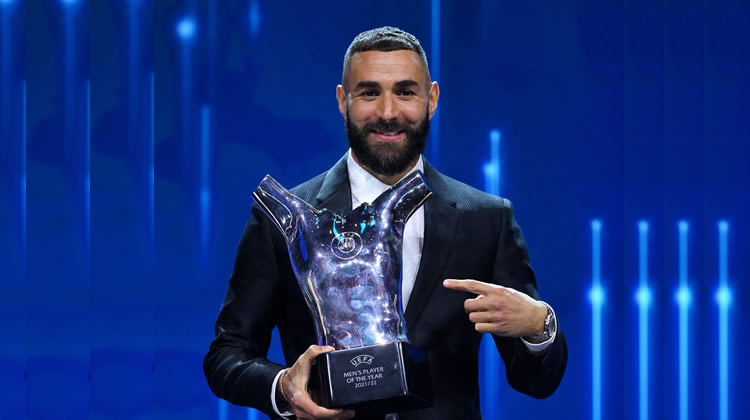 Karim Benzema was rewarded for outstanding seasons at a ceremony in Istanbul on Thursday by winning the UEFA Men’s Player of the Year award.

French striker Benzema led Real Madrid to victory over Liverpool in the Champions League final, scoring 15 goals in the competition.

The 34-year-old scored hat-tricks against Paris Saint-Germain and Chelsea in the knockout rounds of the Champions League and scored three times over the two legs of the semi-final against Manchester City.

He struck 44 times in 46 games, while Real also won the Spanish title.

See also  Five reasons why you should reduce your bread consumption