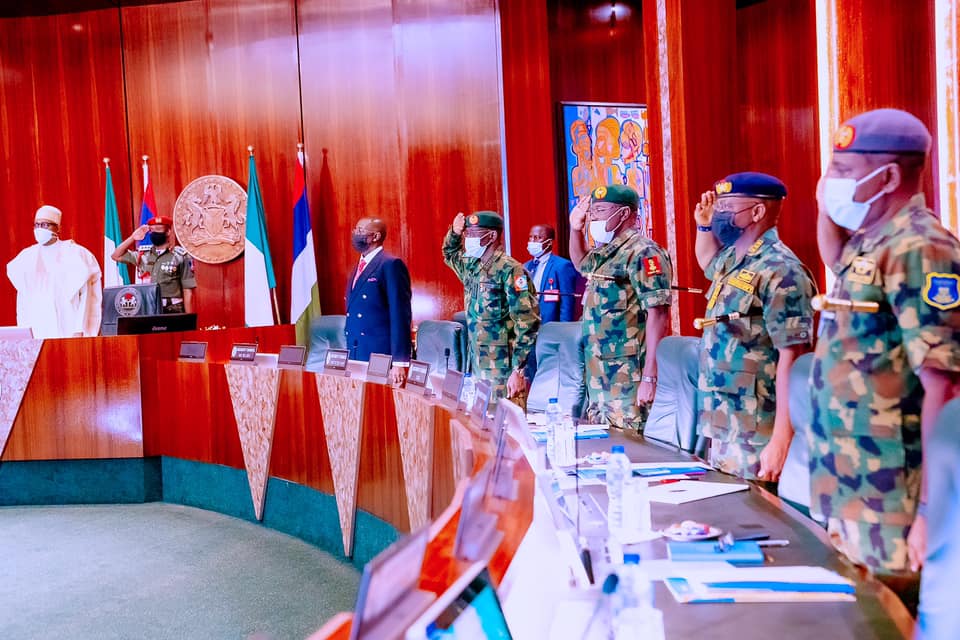 The meeting of the Security Council is attended by the Secretary of the Government of the Federation; boss Mustapha; the President’s Chief of Staff Professor Ibrahim Gambari and National Security Adviser Major General Babagana Monguno (Retd).