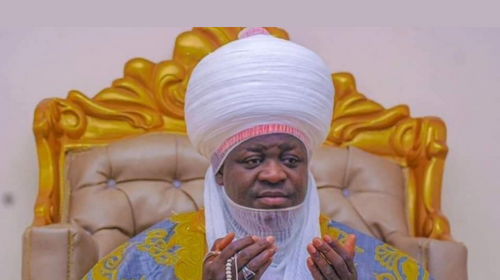 The president, Major General Muhammadu Buhari (Retd.), on Sunday expressed his sadness at the passing of the first-class Emir of Funakaye, Mu’azu Kwairanga III, describing him as an “advocate of the less privileged” who “worked for the common people.”

The Monarch died in his sleep on Saturday in Bajoga, Gombe state, a day after attending the inauguration of the Central Mosque in Kaltungo and a few hours after collecting humanitarian aid sent by Buhari to his people following the losses. that had suffered from devastating floods.

This is stated in a statement signed late Sunday by Garba Shehu, the president’s senior special assistant for media and publicity, entitled “President Buhari mourns Emir of Funakaye, praises his kindness and humility.”

According to Shehu, “The mainly food items were delivered by Professor Isa Pantami, the Minister of Communications and Digital Economy and had not been fully unloaded when news of his death became known.”

In a message to the family of the deceased, the government and the people of Gombe State, Buhari described the deceased as “a deeply devoted, most outspoken advocate for the less privileged who endeared himself to many with his courtesy, kindness and devotion.” at the source. being of his people.

“His passing left me and many others sad. He loved working for the common people. He was a proud and devoted citizen.”

“May his soul attain peace. At this time of sorrow, I offer my condolences to the family, the government and the people of Gombe State,” the chairman added.