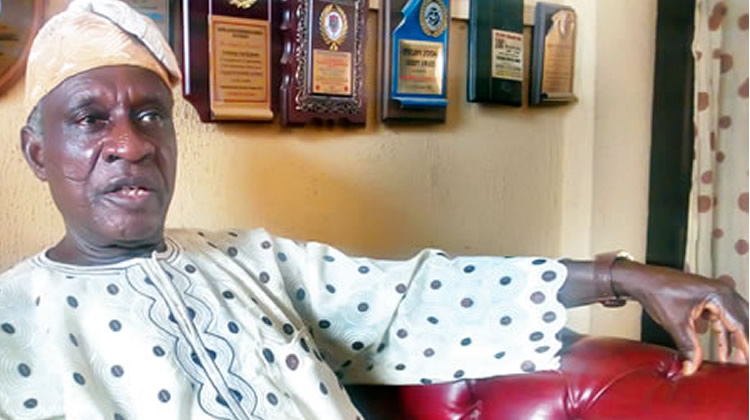 A retired Methodist Church Nigeria bishop, Ayo Ladigbolu, is among the candidates for the vacant position of the Alaafin of Oyo to appear before the kingmakers on Thursday (today), The PUNCH reports.

The kingmakers had previously shortlisted 86 princes who had expressed interest. Since then, they take turns appearing for screening.

Prior to his screening, however, The PUNCH found that the 84-year-old retired bishop has raised questions about the screening process that will lead to the emergence of a new Alaafin from Oyo.

In a letter to the Oyo chiefs, Ladigbolu demanded an explanation of how the 49 names of interested princes submitted to Babayaji by the Agunloye family came to 86 names.

Ladigbolu wrote: “How will you resolve the controversy over the number of princes submitted by the Agunloye family, namely 49, and the 86 by Babayaji? I hope it is not the case that the chaff is mixed with the wheat.

“Have the chiefs and local government of Atiba found a way to distinguish between the authentic princes and the forgeries? What will happen to the N200,000 that will be paid by those who are not authentic princes?”

Seeking further clarification, he asked, “What is the total number of leaders currently making up the Oyomesi itself? Do all chiefs participate in the ongoing screening of princes?

“The whole world knows that only six leaders are needed, as stipulated in the law guiding the selection of a new Alaafin (Declaration 1961). The leaders are Basorun, Agbaakin, Samu, Akinniku, Alapinni and Laguna.

“The whole world also knows that Alapinni is sick, which prevents him from attending meetings.

“Does the law allow Alapinni to delegate a representative to the assembly?

“Does the law say that the remaining five chiefs cannot proceed with the screening process?

“Does the law give full heads the power to add members of the council charged with electing a new king? If that’s the case, who has the power to do that by law, and how are we going to do that according to the law?”

A source close to the retired bishop, who did not want his name in print due to the sensitive nature of the case, said he decided to ask the questions because he noticed that six heads are currently conducting the screening.

‘Baba wants to know the sixth person in the screening panel and his role in the panel. His questions are valid,” the source said.