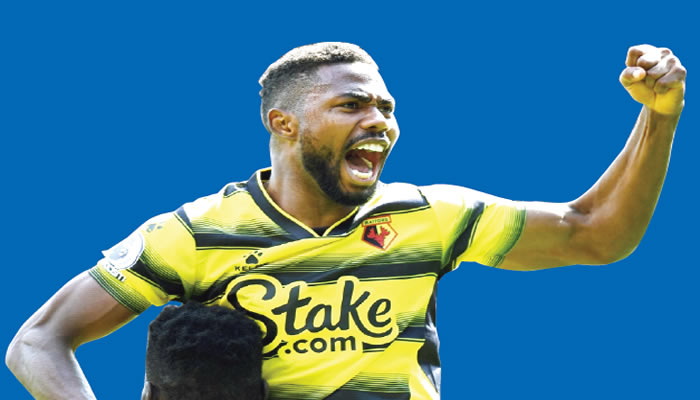 PUNCH Sports Extra had reported that the Hammer boss wanted to bring Dennis to the London Stadium, but the Nigeria international signed for Nottingham Forest for around £20 million.

Moyes has already signed a striker this summer who will bring Gianluca Scamacca from Genoa in Italy to the EPL side for around £30million plus add-ons.

However, the Hammers still need some offensive reinforcements and Moyes has been criticized for his decision not to bring Dennis to East London.

Speaking on Tuesday’s talkSPORT GameDay Podcast, Mirror journalist Darren Lewis highlighted how a deal for West Ham to sign Dennis would have been fairly easy to get done.

“The team doesn’t look fresh and a bit stale compared to other clubs at the moment. Looking at the top six, a lot of teams have a lot of fresh faces, while West Ham still look very old. I think there is there will be more signings and a drastic change across the pitch in their next game against Villa Look at Nottingham Forest and they have been so decisive in their transfer matters and decision making.

“I felt that West Ham could have easily struck a deal for Emmanuel Dennis who would have given them depth in their front lines. Right now West Ham is way too predictable and the wait at the end of the season for it to be available coming from players costs them points.”

Based on what Dennis contributes to a team, pundits believe he would have been perfect for the Hammers as he would have provided very solid competition and cover for Mikhail Antonio and Gianluca Scamacca.

He is a constant threat to opposing defenders and has a fantastic work rate. The Nigerian international’s technique has been described as ‘unreal’ by The Express.