Employees of 4 Special Forces Command, Doma, Nasarawa State have arrested an Agbism Joseph for posing as a Nigerian military officer.

A statement issued on Friday by the Nasarawa State Police Public Relations Officer, DSP Ramhan Nansel, said the suspect was arrested by the officers on Thursday and handed over to command for investigation.

According to the statement, preliminary investigations revealed that the suspect purchased the military regalia/equipment from Lagos State with the aim of misleading unsighted members of society.

The statement reads: “On August 25, 2022, an Agbism Joseph Allu ‘M’, 33 years old from Nasarawa Eggon LGA, but residing in Lafia and claimed to work in Kogi State, was arrested in the Doma Market, Doma LGA of the Nasarawa state while donning full military camouflage by officers of the 4th Special Forces Command, Doma and handed over to the police for further investigation. 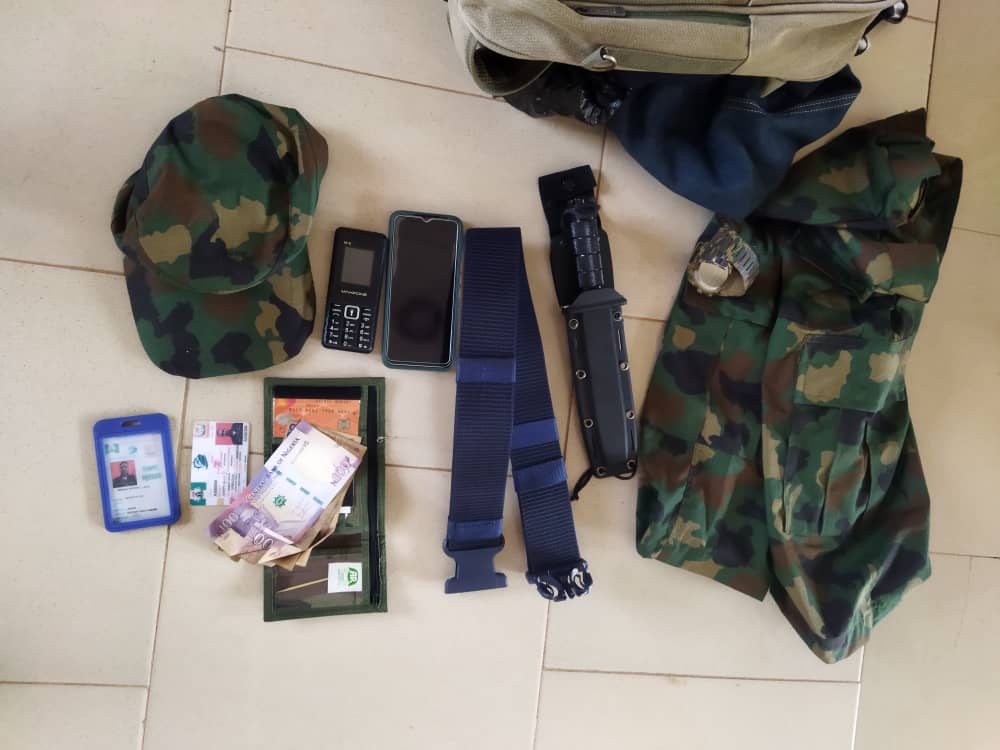 Preliminary investigation revealed that the accused procured and wore the military regalia/equipment in Lagos State to mislead unsuspecting members of the public before the nemesis caught up with him.

“Further investigation has led to the recovery of some military equipment belonging to the Nigerian Navy, such as: two sets of shorts, a jackknife, two Nigeria Merchant Navy identification cards with the suspect’s name, Belt, two mobile phones, etc.

“Police Commissioner CP Adesina Soyemi has ordered the State Criminal Investigation Department to conduct a comprehensive investigation into the case to unravel other crimes that may have been committed by the accused; after which he will be brought to court for prosecution”.