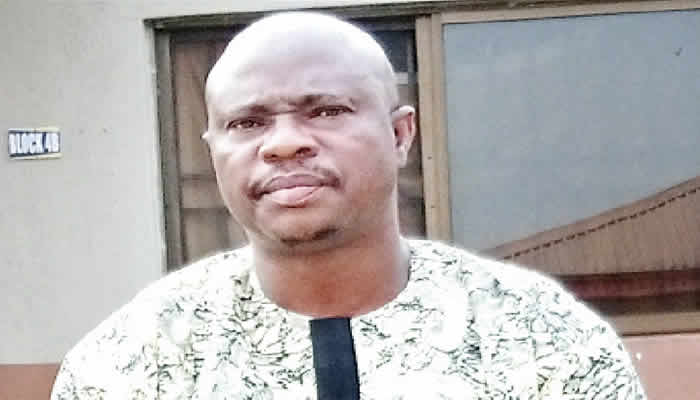 Ekiti State Peoples Democratic Party Publicity Secretary Raphael Adeyanju in this interview with: ABIODUN NEJOsays PDP stakeholders in the state are only interested in returning the party to its members and strengthening it so it can win future elections

Your party lost the June 18 gubernatorial election. What was the reason and reaction afterwards?

Yes, it was sad. We couldn’t get our house in order. Some people were not happy with the outcome of the primaries and there was no proper reconciliation. There was no spirit of give and take. Many people were selfish. They (Party Members) wanted to satisfy themselves. Those who lost the primaries were sore losers, and those who won didn’t do enough to reconcile with the others.

How did the party go over the past two months?

Immediately after we lost the election, the state working committee met and some of us insisted that we wanted the party to be run as a party. We want to strengthen the party and we want to have a collective voice in the party. We felt that the PDP was too much in the grip of our leader, who we didn’t think was good enough. We want a situation where the SWC takes the lead. We argued that the PDP should have a substantive chairman, elected by the people, accountable to the people and able to effectively lead the party, but some people disagreed and sabotaged the move. We proposed a meeting. The acting chairman was reluctant to call the meeting, so the state executive council called the meeting, but before we could meet and deliberate on how to fill that position, they went ahead and appoint someone they believed could serve as a puppet. So we got two presidents.

So while we waited for the national authority’s ruling, the other group went to court to get an injunction to prevent headquarters from recognizing either of the two.

It is expected that after the electoral loss, the PDP will put its affairs in order. Why was it difficult for your party to show leadership to show that you can recover and win future polls?

The problem lies with the inability to admit mistakes. I give it to former Governor Ayodele Fayose. He is very brave, bold and smart, but we expect him to realize that he is also human and can make mistakes. If you make a mistake and people point it out, you should be able to admit it and probably apologize. The way we handled the gubernatorial elections was not correct. We had wanted to decentralize the authority to involve more people, but Fayose felt we had challenged his authority by asking for a substantive chairman. That is ashame. If he had submitted to the will of the people, this kind of crisis would have been avoided. If he had called us to review the situation together, we would have told him we wanted more people to participate. He is a leader. He is intelligent, but he cannot be more intelligent than all other people. He took it personally, as if we had challenged the authority of a sole director of a company. The PDP is not a business. We can always ask questions and ask for change, but some people will not want that change to become a reality. I don’t know what some people want to achieve by persevering when they realize their style isn’t working!

In the current situation, are you convinced that the Ekiti PDP will reposition itself?

We are about to reposition because there are people who are genuinely concerned about the future of the party. They are in many groups. All we have to do is come together for a focus. Individual efforts will not help us. The joy of it is that one factor that unites all groups is the passion to install Atiku Abubakar as the president of the country in 2023.

With that development, all members are returning, even those who left the party (PDP) for the Social Democratic Party, and they are crying out for Atiku. Looking at it, Atiku is the most important factor right now. Everywhere it is the Atiku movement. Everyone is now Atiku and Atiku is the symbol of the PDP. We are done. We are determined to win the elections for Atiku. We are determined to reposition the PDP.

Two weeks ago, stakeholders rejected Fayose’s leadership style. Why and what are the problems?

In the past the slogan was ‘leader general’ and we always looked up to him (Fayose) for initiatives. He was the sole commander of the party and the other leaders and elders played a passive role in whatever happened.

For governor, it was Fayose who nominated Bisi Kolawole, and we supported him. He also wanted to nominate the deputy governor candidate, but most party leaders disagreed. He felt bitter and got into trouble with everyone, including the governor candidate. We only managed the crisis. What we’re saying is that the party isn’t about anyone else, it’s about all of us. The way we ran the governor’s campaign with Fayose’s overbearing presence didn’t help us. Fayose campaigned as if he were the candidate. The real candidate did not speak. Ekiti people are intelligent. They love Fayose because he performed when he was in office, but they don’t want you forcing a weakling. I’m not saying Bisi Kolawole is a weakling, but the system didn’t project him as someone in charge. The system projected him as someone who would be a puppet. It would have helped the party if the system had allowed Kolawole, the candidate, to present himself as a very brave person, but that has not happened.

Again, the campaign committees set up didn’t work. It was Fayose who dominated the arena. If the committees had been allowed to work, there would have been initiatives and suggestions that would have helped the party. These are the things we want to correct to strengthen the game and bring it back to winning ways.

Do you think stakeholder adoption of peer leadership is feasible? Who and what is involved?

It can work if they want it to work. Fayose is a leader. Senator Biodun Olujimi is a leader. dr. Sikiru Lawal is a leader. Prof Kolapo Olusola-Ekiti is a leader. We have former presidents. The BOT (Board of Trustees) members (past and present), etc. When these people come together, whatever they come up with will help the party move forward, but the whole power revolves around Fayose. So they are not happy because they have little or no input. They want to be involved. We tried his one-man leadership style, but it didn’t work. We can’t go on. Let the leaders come together, agree and disagree among themselves, not that only one person will talk. If you challenge him, you’ll be in trouble. That’s what we say.

Again, a leader should not make certain statements. For example, Fayose, who is seen as the party leader, went to the public and announced that it was not the turn of the north to produce the presidential candidate, when the party already had a candidate who happened to be from the north. Does this mean Fayose will run another primary, or is he telling the world that Ekiti people won’t vote for the candidate? Fayose’s statement puts the Ekiti PDP in a bad light. Did he say we’re not with the PDP? If we hadn’t challenged him on that, it would have created a terrible image for the Ekiti PDP. We must tell him that he is not the party and cannot speak on behalf of the party. If we had had collegiate leadership, the leaders would have sat and determined the party’s stance.

Looking at Fayose’s performance beating two incumbents, do you see any progress for the Ekiti PDP without him in the saddle?

He is an individual. He is a leader. He couldn’t do it alone without the support of others. It is the people who promote leaders. Fayose can’t just go out and win elections without others. He won elections because he motivated others, encouraged them and gained their trust. But there will be a problem when you take trust for granted. With or without Fayose, the party continues. We are all human. We are mortals. While we need him, we need his support and encouragement, and for him to continue serving as a party leader. We’re not getting rid of Fayose. We’re just trying to save him from himself. A good leader must be ready to be checked, corrected.

It is an open secret that all of you are stakeholders of Fayose’s goodness and that some of you worked against the party’s interests in the June 18 elections. What is your view on that?

Fayose helped some people to reach certain positions, but some people also helped him to reach the position that he has achieved. I was a councilor before Fayose came to the Ekiti PDP. He met me in the PDP.

Twice I supported him to become governor. If he supported me to become something, it was to repay what I did for him. That’s the way it is for so many other people. Fayose couldn’t have made anyone a supervisor without being a governor, and you can’t be a governor without the support of the people. We just asked for mutual respect.

And that the majority of us betrayed the party during the governorship was not true. I read where the acting chairman claimed that some people had raised money. I don’t know how much money he’s talking about. None of the party leaders received election money. Only Fayose knew how he paid the money and to whom. The majority of the people he gave money to were the party candidates for the 2023 elections in the state. The candidates handled the money in the belief that anyone who is a candidate will manage it well because the candidate knows that the outcome of the governorship could affect his election. I am the leader in the Ekiti West Council area where I come from. I don’t know how the money was paid out like others. I’m not even sure the party treasurer knows how the election money was paid out. Telling lies that those who got the money didn’t spend it is an indictment of themselves.