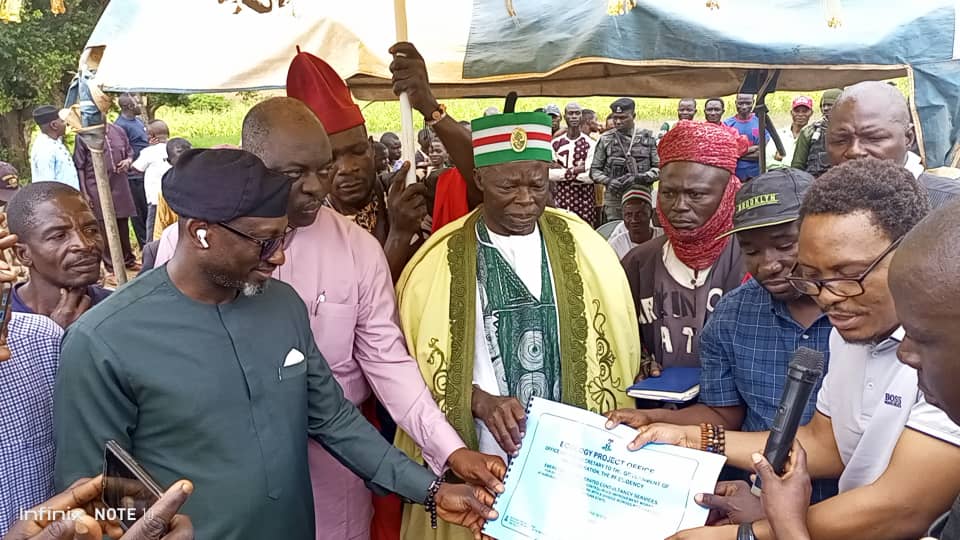 Communities in Kibori to Kigudu Sabon Kaura in Zango Kataf Local Government Area of ​​Kaduna State will soon breathe a sigh of relief as the federal government has awarded a contract for the construction of a bridge through the Ecological Project Office.

Apart from the bridge, the project also includes the construction of erosion and flood control over the Kaduna River which will connect Zango Kataf and Kauru Local Government Areas.

The Federation Government Secretary, Boss Mustapha, challenged the contractor to follow through on the contractual agreement.

Represented by a staff of the Ecological Project Bureau based in his office, Engr Anthony Dasibo Uruaka, the SGF reaffirmed the government’s commitment to provide social services to the people.

In his comment, the project supervisor, who is also the member representing Zango Kataf and the Jaba federal constituency at the National Assembly, Mr. Amos Gwamna Magaji, explained that when the bridge is completed, the bridge will serve as the shortest connection from Zango Kataf to Kauru town, headquarters of the state’s Kauru Local Government Areas.

He lamented how in the past the communities had to spend hours around the Kaduna River in an effort to conduct and transact business that will improve their socio-economic growth.

The legislator advised the communities to provide the contractors with the necessary support and cooperation to carry out the project, but in turn called on the contractor to ensure that it grants the community members the right of first refusal in terms of skilled and unskilled jobs.

He promised to ensure that standards are followed in the implementation of the project, even though he asked for maximum support and cooperation from the people.

The chief ruler of the area, Agwatyap III, Dominic Gambo Yahaya, expressed his royal blessing for the smooth start of the project and appreciated the efforts and sacrifices of the legislature representing the area to ensure that the bridge was built and prayed God to continue grant him more wisdom during his tenure and beyond.

He also thanked the federal government for agreeing to award the contract, which he believes will go a long way in easing the suffering of his people in the movement of goods and services.

The PUNCH reports that several speakers on the program, including the local government president, appreciated the member for always attracting meaningful projects that directly impact the lives of his constituents, and urged him not to give in.