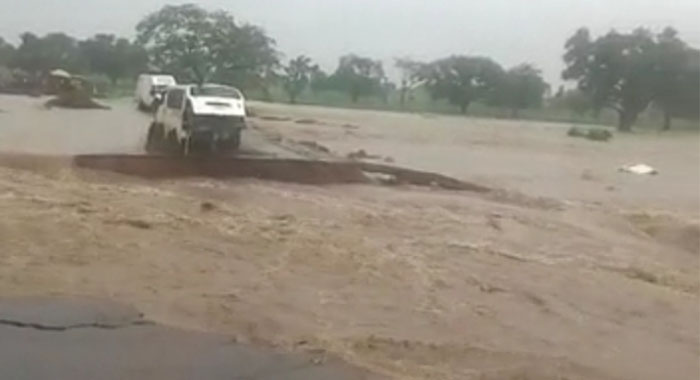 A member representing the Jam’are constituency in the state House of Representatives, Saleh Muhammad, who made the disclosure during the plenary session, also said five people were killed in a boating accident in the community.

Abdul Burra, the spokesman for the Speaker of the House Abubakar Sulaiman, who confirmed the development to our correspondent, said Mohammed did not mention how or when the incident took place.

He led the debate on the motion, saying the legislature complained about the devastation caused by flooding in the local government, revealing that no fewer than 500 homes had been destroyed and about 1,000 families displaced.

Burra also stated that the lawmaker said the displaced families were now seeking shelter in schools, government buildings, mosques and neighboring villages, adding that 60,000 hectares of farmland with various crops worth several million naira were destroyed during the incident.

He explained that Mohammed had called on the House to urge the state government to come to the aid of the victims of the flood that devastated Jama’are and the surrounding area.

The legislator is said to have said: “The city of Jama’are and the surrounding villages were hit by a very devastating flood that left several people homeless. The flood is estimated to have destroyed more than 500 homes and displaced about 1,000 families. It also devastated more than 60,000 hectares of farmland and destroyed agricultural products estimated to be several hundred million naira.

“It is discouraging to inform you that hundreds of houses and several acres of farmland of the following villages have been destroyed by the recent flooding and that their residents are currently seeking shelter in public schools, government offices, mosques and neighboring villages in Yola, Dakodako, Gongo, among others , Gilar, Sabongari, Jogayel, Jabbori, Bodinga, Guda are disconnected in the city of Jama’are.

“These villages are disconnected from the city of Jama’are, there is no access road to the local government headquarters, all the culverts have been broken off, eroded and carried away by the flooding. Likewise, no fewer than five people reportedly lost their lives when a canoe capsized due to heavy rain and storm in the city of Jama’are. The flood damaged countless infrastructures and cut many roads.

Burra said the lawmaker explained that Jama’are LGA had annual flooding during the rainy season, adding that the city was vulnerable to flooding due to the presence of a river in the area.

“He urged lawmakers to decide that the state government should come to the aid of the people of the Jama’are constituency,” he said.

In response, the Speaker chairing the plenary said the motion needed no further debate as members of the House had already discussed similar issues about flooding. The Honorable Parliament approved the motion unanimously.