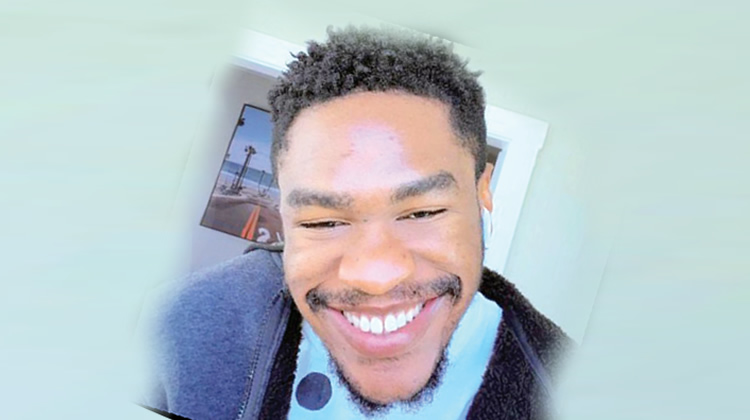 Chimee Adioha, a masters student in the United States and a resident of Orlu Local Government Area, Imo State, tells GODFREY GEORGE how his father was taken away by gunmen and later released after paying a huge ransom

Your father has been reported to have been kidnapped by some gunmen in Orlu, Imo State. How true is it?

I don’t like the term “shooters,” but I have to start telling myself the truth. Reality strikes now. So yes, they could be gunmen because they had guns and they were all men. They kidnapped my father in our hometown, Orlu, Imo State, where I had lived most of my life as a child. He is a retired teacher.

How did this happen?

It was July 20, 2022. The gunmen came to our house, looked for my father and found him. Actually they said it was the second or third time they were looking for him and they only found him that day. They had said that if they didn’t see him the third time, they would take my mother. But they saw my father, blindfolded him, then they wanted to drive him away in his Toyota, but suddenly the car wouldn’t start, so they held him and put him in their own jeep and drove off.

My father said the ride was about 30 minutes. That was his rough calculation. I don’t know how anyone would have been blindfolded, in a place where there is no safety record, driving that long and there were no checkpoints, no police, nothing; just drive freely and get to their destination safely.

How did you hear about the kidnapping?

It was afternoon in Nigeria, but morning in the US. I had just woken up and then went back to sleep before working on the computer. I felt a little tired. Then a cousin called me and asked about a message he had seen in our extended family whatsapp group that my father was kidnapped. I hadn’t seen any WhatsApp messages and was both confused and frustrated at the time. I opened WhatsApp and saw the messages and then it dawned on me that it was real. This happened so close even though I was too far from home. I mean, I’d always heard of kidnapping, but I hadn’t been this close before, and then this happened in my hometown, a place that was supposed to be so peaceful. It’s so heartbreaking how Orlu has been in the news since 2021 because of insecurity. I was shaking and had to leave my door open for days to make sure I wasn’t the only one in my apartment. My roommate was very helpful. I had panic attacks and my anxiety disorder increased.

Why do you think your father was targeted?

That was the surprising thing for me too. My father is not rich. We grew up in a very simple house. My parents have lived in our hometown for years. My father says he got tired of this confused categorization of lower middle class and upper middle class because Nigeria can’t even afford you that economic and social label. “Just say you’re comfortable,” he says. My father studied educational psychology in Italy in the 1970s and worked for many years as a teacher and principal in the states of Anambra and Imo before retiring voluntarily. We have a house and a car, just like a human should. These are not meant to define wealth. They are essential human needs, if you ask me. My father is a Catholic Knight of St. Mulumba, had many psychological books on his shelf, someone who talked less and spread love, drank tea every morning of his life, drank decaffeinated coffee and loves rice.

See also  How can you use your pensions for a mortgage?

But from what we’re seeing now, kidnapping in Nigeria is about when they (kidnappers) feel like you have people who can collect ransom; if they think you have kids in america or in the uk, who are college students, who probably have a scholarship and don’t have up to $100 in their bank accounts, you’re just a target. They don’t really care. You don’t have to do anything extra. You don’t even need to own a car or a house. The eligibility criteria is to simply be a human breathing. You could go to the store down the street to buy bread and eggs and you could be kidnapped; you could be on a bus traveling from Orlu to Owerri or Onitsha to Enugu and get kidnapped. Just breathe and you’re a target.

When and how did the kidnappers contact your family to demand a ransom?

They came on the second day. We weren’t too surprised as people told us that they usually don’t get in touch on the first day. They used my father’s whatsapp to send bundles of voice memos requesting that they also talk to my brother. They said they only wanted to talk to one person and that was my brother. I listened to some of the voice memos; I couldn’t listen to everything because the man’s voice scared me. He spoke too fast, in a different Igbo dialect, in weak English, in a commanding tone, both commanding and friendly. So it was quite a festival for voice notes, my brother sent, they sent, my brother sent again, asking to hear my father’s voice and they sent back the next day with my father’s voice. It looked like the place had steady music. There was always local music playing in the background, the music you can’t really place who the singer was, but it seemed like it was coming from a really big speaker. When they told us not to call in the police or any other security network, there was music playing in the background; when they said the amount my brother suggested was “too small, as small as an ant”, there was also music playing in the background. Music every time I wondered how they slept, how my father slept with all that music, someone who always wants to be able to sleep soundproof everywhere.

What were their requests?

Their request was money. They wanted money. A lot of money with which you could buy several pieces of land in Owerri and maybe some change left over, depending on the location of the land. They just wanted money. I remember my father’s big voice. He said, ‘You must have heard that these people are holding me; please tell your mom tell everyone find money and bring it to these people they are good people they assured me they only want money my health condition was good yesterday but i cant explain it now , and I don’t know what tomorrow will be.” His voice was too slow and too trembling. If we had all that money, we’d send it the second time. But no, that kind of money wasn’t in my mom’s bank account. , but it came on the sixth day because they gave us seven days to pay the ransom.

How did your mother react to this very sad incident?

I consider my mother to be a very strong person. She has so much energy, you know that kind of energy that speaks. She works like a machine or a motor or something like that. She was a fine arts teacher and then headmaster at one of the girls’ technical schools in the region. She did that for 35 years. The first time I called her, her voice was too comforting, too relaxed, too hopeful. She was in the house with our home help. They prayed the rosary, scared but not scarred. But that strong voice went away the second day and the third day. Her voice was trembling and she was asking a lot of questions, answering phone calls after phone calls, skipping meals. It became all too clear that the incident affected her. She was particularly concerned about my father’s health. His blood pressure was shaking the day before he was kidnapped. He’d had a doctor’s appointment that required him to interrupt his medication for a few days, and then the kidnapping had to take place in the middle of those few days of special surveillance. It was risky and she was afraid he would survive the conditions he was exposed to.

How and when was your father finally released?

He was released on the seventh day after my uncle and my brother’s friend delivered the ransom on the sixth day. His legs were chained. He was dropped on the edge of the bush in the middle of the night, his phone was taken from him and his clothes were torn. A motorcycle brought him to our house. My mother said he was put in front of the house like a big sack, like someone who had nothing. He limped. He left the house the same day because he couldn’t sleep in the house. He couldn’t remember many things.

Did he have to go to the hospital after his release?

He has visited doctors and sought accessible therapy. We talk and laugh and say a lot about the incident. He says that if he survived those people, he could survive every other thing in this world. But he said they liked to give him food, rice and stew; went to the city to look for his drugs, even though his drugs usually didn’t come from Nigeria, but they found alternatives. My father couldn’t take the drugs because he wanted to make sure his blood pressure status was before he could take them. Then they went to buy him a new blood pressure monitor so he could check himself.

In what condition was he held by the kidnappers?

He said the room was always dark, you wouldn’t know when it was day or night; but you could know by measuring the space between breakfast and dinner or lunch and dinner. My mom says it’s like dying and getting back up again. But I like that he could laugh and say things that made him feel like he had won, regardless of all that money that was in a bag and delivered to them.

Do you think that his kidnap is affiliated with IPOB and ESN activities in the southeast?

I don’t think this has anything to do with IPOB or ESN. It’s not really fair to put the two in the same sentence. We all know what it is. It’s very simple: it’s bad governance and it’s insecurity. It is also poverty. I’m not saying that poverty should motivate you to be a fear of other people. My point is this: those kidnappers are probably severely uneducated, they’re also unemployed, they’ve also become criminals, and all of this can be traced back to how government functions, government everywhere, federal and state, with no exceptions. The system is causing more and more chaos. It will continue if the state doesn’t address issues related to these things I mentioned earlier. Nothing seems to work for ordinary people.