A labor dispute caused by an eviction notice served by the government of the former Governor of Oyo State, Senator Abiola Ajimobi, over plank sellers and sawmills at Temidire Plank Market, Gbagi, Ibadan, was recently resolved by the current government of Governor Seyi Makinde.

For Alhaji Liadi (no real names), the world literally collapsed in 2014 when a government policy ended its source of income – or so it predicted.

Liadi is a shelf salesman with two wives and eight children, the eldest of these children and the one next to him were well into their university education. The other siblings were in different stages of their secondary and primary education, respectively.

Together with his wife, Abibat (not real name), who sells everyday things like ogi, bread, recharge cards, pepper and tomatoes, as well as grinds such things for people, Liadi had been able to earn a living for several years, and his profession was everything he had to give his children the future they desire.

But that was suddenly jeopardized when the government of former governor Abiola Ajimobi steadfastly evicted him and his fellow traders at the Temidire Plank Market.

The Temidire Plank Market is close to the popular Gbagi Market in Ibadan, the capital of Oyo State.

And he (Ajimobi) meant well: the activities of the plank sellers, especially the sawmills, had reportedly been consistently serious environmental hazards in the community.

It was a difficult decision, but the government decided it would be better to move the plank market to the Fasade community, which it said would provide an alternative location for the plank sellers and sawmills to practice their trade.

The shelf market would then develop into a kind of modern market called Temidire Business Complex.

However, the potential loss of customers, the physical and financial implications of such a move, loss of revenue and other collateral damage made the government’s offer unattractive, if not downright unacceptable.

Naturally, this led to protests from the traders and eventually a series of lawsuits from those who could not consider relocation.

While some complied with the government’s order to move, others refused to move pending the court’s decision on the lawsuit.

But the government wouldn’t take no for an answer; because development in the ‘new market’ was promptly set in motion, even with the ‘recalcitrant’ traders still at the facility.

It is said that the government-appointed developer even patronized such shelf sellers in purchasing materials used for the construction of the modern market; but this did not lessen the discontent and anger with the government.

These were the protracted lawsuits — and resentments — inherited from Governor Seyi Makinde’s government.

However, the amicable settlement process was launched on Friday, August 12, 2022, when at the initiative of the state government, representatives of both parties (government and the traders) met in a roundtable and worked on mutually acceptable terms to end the 10-year crisis.

The Commissioner for Local Government and Chieftaincy Matters, Mr. Olasunkanmi Olaleye, a lawyer representing Governor Seyi Makinde, said both sides had been able to resolve the matter “on terms favorable to all parties”.

Commenting on the long-standing dispute, Olaleye said: “That location used to be occupied by sawmills in Temidire, near Gbagi market, so the Oyo state government decided in 2012 to establish a very large market there and the sawmills to the Fasade community as well..Provisions were made for them but while some people moved some refused to move so there was a dispute.

“They have filed a lawsuit against the government in court. Since 2012, the contractor has been unable to complete that project. The government has engaged them for the past six months and today we have been able to resolve (the crisis) under conditions favorable to all parties.

He assured that the Temidire Business Complex would be completed soon.

The Secretary General, Temidire Saw Millers and Plank Market Association, Mr Adeniji, who is also one of the plaintiffs, also confirmed that the agency had indeed reached an agreement with the government, after thorough consultations, although he did not agree to the terms of the agreement. if urged. 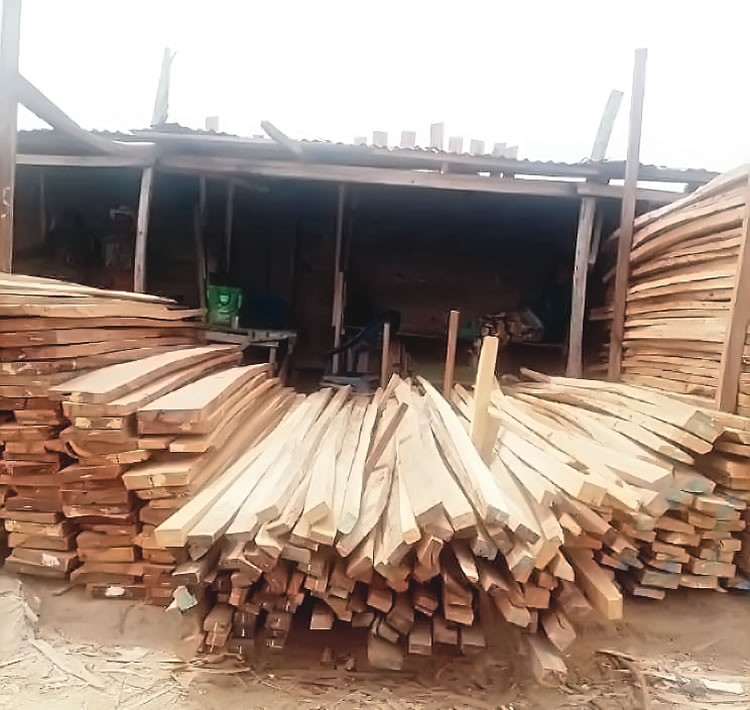 He also assured that the project would be completed soon.

He went on to praise the commendable infrastructure and development projects in the state, adding that Oyo state has become the mecca of investors due to the favorable environment provided by the Seyi Makinde-led government.

When this writer visited the former Temidire plank market around Gbagi on Friday, the place was deserted except for a man of apparent Hausa descent, most likely the guard.

There were signs of development but no sign of ongoing construction work.

At the Fasade location where the traders had moved, the leaders of the group of shelf sellers who adhered to the government’s directive to relocate spoke to Saturday Tribune.

When asked whether the relocation of the original Temidire market (near Gbagi) had negatively affected their business, one of the leaders of the group that complied with the government’s directive, Chief Sayo Obidiran, said that the traders lost to the move.

“It does not affect our trade. The reason is that the government that brought us here has already made an arrangement for us to make it easy for us. According to the promise they made to us, they gave us land. They also supplied us with an (electricity) transformer, 500KVA – which is the key.

“After that, this country, the government did the landscaping for us. If the other group hadn’t been greedy, all our clients/customers would have followed us here. But they insisted on going to court.

“But we who know that we earn our living here have called on the government to take care of us; even if they didn’t build it for us, what’s the structure they want this place to have? And they gave us a sample. That’s how we started building the stores.”

See also  Newcastle settle for one point in Bournemouth draw

In his own contribution, the leader, Alhaji Ganiyu Oyetunji, said, “If the government asks people to move from one place to another, it is for the development of the city. They said that place (Gbagi plank market) was already overcrowded and they wanted to use it for something else, a modern market. And they gave us a new location, here. Together with those who opposed the government, we sat down at a round table discussion, that government had arranged for us, and we went to see the place. Let’s go there together and see the place; they refused and insisted that they go to court.

“But we, who we trade, take out cooperative loans, could not go to court, as the government had already offered us an alternative. That’s where we broke up: they focused on the process; we focused on developing this place.

Saturday Tribune asked for comment from one of the leaders of the group that took the government to court over the development, Mr Adeniji. While he confirmed that an agreement had indeed been reached with the government to resolve the dispute, he said the group’s lawyer had yet to finalize the document before he could discuss it.

When contacted on Friday, none of the group’s members agreed to speak on the matter – in any case, no one wanted to be quoted and claimed they were not authorized to do so.

Be that as it may, it is clear that a solution to the ‘crisis’ has been found; all parties have confirmed this – and credit goes to the Makinde administration who had decided to midwives this.