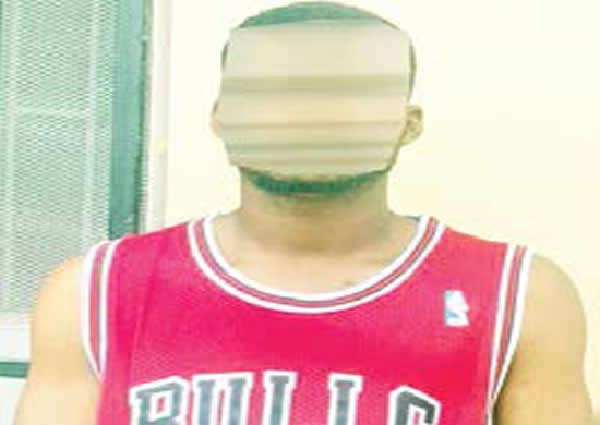 A 24-year-old photographer, Olabode Adekunle, shares with GODFREY GEORGE his experience at the hands of kidnappers who kidnapped him along the Lagos-Ibadan Expressway after his vehicle had a flat tire

What is your name?

My name is Olabode Adekunle. I live in Magboro, Ogun State. I am 24 years old. I am a photographer.

There was a report that you were kidnapped along the long bridge of the Lagos-Ibadan highway. Is this true?

Yes, this is very true. I was abducted on Tuesday (September 6, 2022) by Fulani men along the bridge, near the Mikano factory. It happened that morning around 3:45 am or so.

What were you doing so early in the morning?

My brother, who was traveling abroad, and I were trying to get ahead of the traffic. You know how awful the Lagos-Ibadan Expressway has been for the past few months. If one had to arrive at the airport at 07:00, one had to leave before 04:00. It’s terrible. So I was the one driving one of the cars. Another brother of mine was driving in another, in which my brother who was traveling was sitting.

Everything went very quickly I must say. I was driving and one of the tires on the car I was driving just burst. It happened near the Mikano factory. Before I got to that place, there was a horrible motorcycle accident there, and the person with me in the car and I were still talking about it when the tape burst. There were even some police officers on the scene. It was like a dream, honestly. The guys were fast. It didn’t even last five minutes and the Fulani guys just came out and attacked us and kidnapped me.

Before that, I had just gotten out of the car – a Toyota Highlander (2006) – to see how we could change or manage the tire until we could change it. Before going down, I told the person next to me that I thought it was a bad idea to stop there. After I checked and got in the car, the Fulani guys just attacked us. At first there were about three. So as I struggled with them, another joined them and the guy next to me ran off because the attackers were coming from the driver’s side. I couldn’t overpower them alone as they hit me and pushed me off the bridge and I landed on the ground where others were waiting to pick me up. When I was in that position, I told myself that the end had come. I couldn’t wrestle with them anymore from that position. That’s how they took me into the bush. We walked through the swamp and water for about two hours until we came to their shelter, an unfinished building with a terrace.

The guys who attacked me are very young guys – teenagers! The oldest of them, in my estimation, would be no more than 23 years old.

See also  ASUU Strike: The pushy Nigerian youths have no need for

How did you find out they were Fulani people?

They were Fulani people. If they weren’t, I wouldn’t say it. They spoke their language and they also communicated with clicks, just like they talk to their cows.

Did they have their cows there with them?

No, they didn’t, but with the way they behaved and the way they spoke, it was crystal clear that they were Fulani people. They had the behavior of a shepherd and I wouldn’t just make that up.

How long were you with them?

We were there about all day. They didn’t speak to me and said nothing. They didn’t even say I was kidnapped or what they wanted. They just stared at me and smoked all kinds of hard drugs. It was such a horrible sight to see these young people ruining their lives with drugs! After an hour, one of them came to meet me and asked me if I was the one who was traveling, and I told them I was only accompanying my brother who was traveling. They didn’t believe me so they insisted I was the one traveling because they said they saw the bags in the car. They also asked if I was a police officer. I said I wasn’t. They said many police officers were looking for me. I said I was not an officer. It made them angry and they took out their whip and started beating me. It was merciless! They beat me with the stick they use to herd their cows; you can’t even imagine such torture.

After they were satisfied with the torture, they told me that they had kidnapped me and that I had to secure myself with a ransom of N100m. I was suprised. I told them that there is no way I could pay that, and they lowered the ransom to N30m. I told them I couldn’t afford that either. So they asked me what I could afford, and I said I could afford N2m. They said they wanted N10m, and it was final. They threatened to resume the beating, but I begged that even if they killed me, there would be no way my family would be able to obtain that amount of ransom. So one of them told me that I wouldn’t be able to contact my family for six days. I was quiet because I was too tired.

Did you sleep there?

Of course I did that on the bare floor with a dirty wrap they provided. But what choice did I have? I slept there until the next day (Wednesday September 7, 2022). Around 8am they told me to pack up and follow them. They left the building and went deeper into the bush. They set up their tent and mosquito net. They carried bags that contained everything they needed, so it wasn’t hard for them at all. It was like living on the road. I think they must have felt they could be traced there. We waited until about 2pm before they gave me the phone to call my family. Before they gave me the phone, they might give me another spanking, maybe to scare me so that I would shiver when I call my family. They also warned me not to disclose the location where I was. I called my parents and told them what had happened. Then I told them I was in Kara. I spoke in Yoruba. Immediately they heard ‘Kara’, they took the phone from me, hung up and slapped me. I said I didn’t know when I said that.

Later they told me that they were armed robbers who were not afraid of death. They threatened that if my parents didn’t bring the money, they would transfer me to a place called Mafia and to Zaria. Later they told my family to take the ransom to Ilorin.

How much did they end up taking as ransom?

After seeing that there is no way I could afford N10m they reduced it to N3m. My family begged them for N2m, but they said that even if they collected the N2m, they would still kill me. One of them told me to pray to my God because only He could save me from their hands. I was so scared. He kept saying he would collect that ransom and kill me or turn me over to the mafia. Around 8pm we left that place and went barefoot back to the unfinished building where they told me to negotiate with my family. My people told them the money was ready. They then told them to buy suya (roasted meat), cartons of milk and malt drink; packs of cigarettes and lighter when they brought the ransom. While we waited, not a minute went by without them smoking hard drugs. I was so scared for my life.

One of them had a gun. The rest had knives, daggers and other weapons. This is something they often do and they were prepared. They attacked us like experts. Those guys know every part of that bush. They didn’t walk like they were confused. They had left footprints so they knew exactly where they were going in that forest. When they were about to release me, I heard one of them talking on the phone to one of their colleagues, and they mentioned names of “streets” that they had carved in the woods. I heard someone say something like, “We dey Zaria Road”. With this, it is clear that they know every part of that shrub.

Did you eat anything?

They gave me their garri with onions in it and water. That was all I ate.

How did you regain freedom?

I had even lost hope; I had resigned myself to the fate that I would die there because I didn’t hear from my family and I thought they couldn’t afford the money as they had promised. They just told me to follow them and it looked like they were on their way. I think one of them went to collect the money. They called him “Sergeant.” The others were called ‘officers’. The money was taken to the unfinished building, I think, before I was allowed to go. There was one of them there who understood Yoruba well, but he was also Fulani because he also communicated in Fulfulde. He’s the devil among them. He was ruthless. He was a very young boy, but his heart is dark and it seemed that he didn’t care about humanity at all.

They just took me to part of the road and I met their boss. He was the one who told me that my family loves me and that they gave them the money. They asked me to erase my iPhone, but I did not sign out of iCloud. So it is still active on that phone and can be tracked. They returned my SIM card and told me to call my family to meet me at the Fagbems gas station, around OPIC.

Did they drop you there?

No, they didn’t. They just led me to a forest path and told me to walk right through the water path until I saw Fagbems. That’s what I did. Before I knew it, I saw the block industry. It didn’t take me until 30 minutes to get to the bus stop. One of them was kind enough to give me N3,000 as a transportation fare. This was around 3:40 am when I checked my iPhone to erase it on their instruction.

How did you deal with the trauma?

Honestly, this Lagos-Ibadan Expressway is a deadly road. It is not new that that place has become a den of ruthless terrorists. I messed up a lot! I shouldn’t have stopped when the tire was flat. I should have made it. Stopping was the window I gave them. I had a similar experience before on that bridge when the same terrorists came out to rob passengers during traffic. I had to run for my life. I jumped off the bus that day and ran away. I drove this time and there was nothing I would have done.

Did you file a report with the police when you were free again, to share your experience?

Yes, I have, along with my family. The car was even parked at the police station before we abandoned it. It was my father’s car I was driving, not mine. The terrorists had broken the glass that day. Everyone just needs to be careful on that road, especially at night and early in the morning. If you have a flat tire, just keep moving. If the car is bad, leave it standing and run as fast as your legs can carry you until you are to safety. It has now become a death trap.