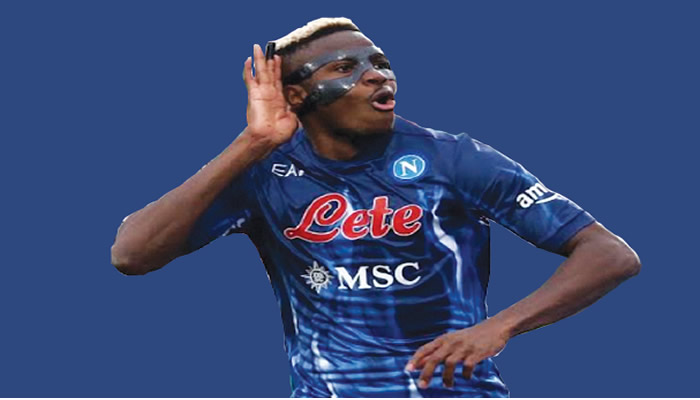 SS Lazio striker Ciro Immobile has compared the number of goals that Napoli star Victor Osimhen will score, as well as the other top strikers, at the end of the 2022/23 Serie A campaign.

The Nigerian international has started the season well and has been directly involved in three goals for his team in just two top Italian games so far. In the previous campaign, the 23-year-old scored 14 goals in 27 Serie A matches played and provided two assists.

Immobile scored nearly double, 27, and went on to win the Golden Boot; this season he scored once in two appearances.

See also  Let's feel sorry for the next president

“Lukaku will score between 20 and 25 goals I think, also because he has a lot of anger in him. Lautaro? Well, either he does one or the other, so I think between 13 and 18,” Immobile said as quoted by Football Italy.

“Vlahovic? He will score more than 20 goals. Milan? Between Giroud, Origi and Rebic they will reach 30. jovic? I don’t think more than 15.

“Osimhen? I play a certain number, 19 goals. I really like him as a striker. Zapata and Muriel? Between 25 and 30 together.

“Abraham? If he can get the same numbers as last year, we should start talking about a great striker. He could be between 15 and 20.”

Like last season, Napoli have started the 2022/23 season at a high level, scoring nine goals and conceding two in just two games. As a result, they are at the top with the maximum number of points, followed by Inter Milan and AS Roma who have a less good goal difference.

Osimhen hopes to continue his good form in front of goal on Sunday in a difficult game against Fiorentina.