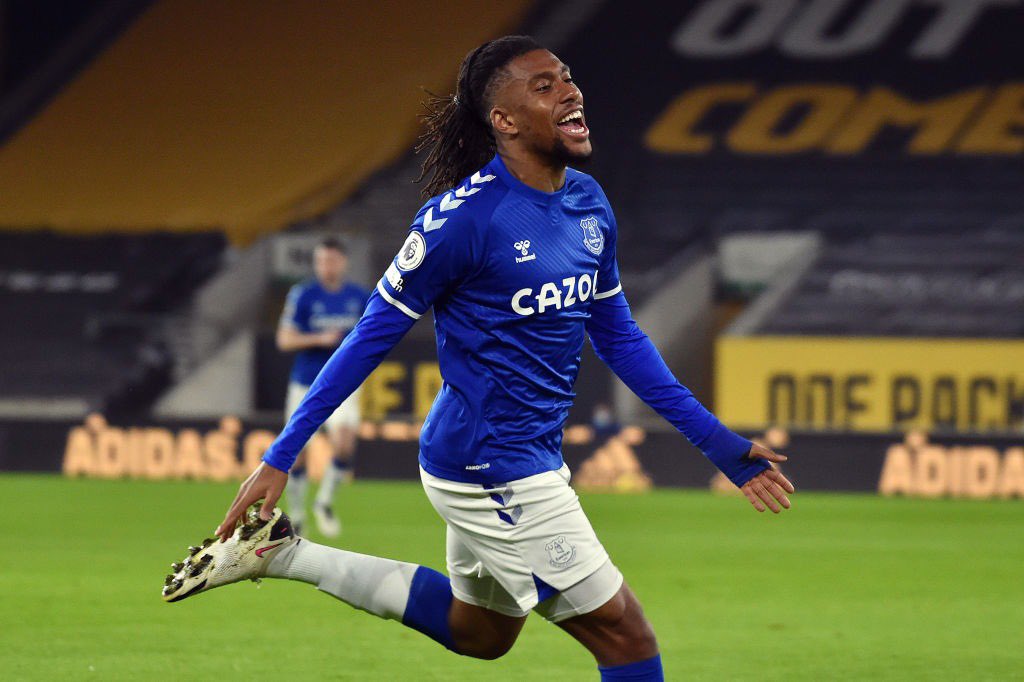 Nigerian Midfielder Alex Iwobi has been named to England’s Carabao Cup Team for the Round of 32.

Iwobi put in a man-of-the-match performance for Everton in Tuesday’s 1-0 Carabao Cup win over Fleetwood Town.

Iwobi starred for 90 minutes and provided an assist – his ninth for the club – while Everton had to work hard for their win against a tenacious Fleetwood outfit, but Demarai Gray’s 28-minute strike saw the Blues advance to the third round of the game. the competition .

The Nigeria international had coolly picked a slide rule for Gray who made no mistake with a curling finish into the far corner of the net.

The game was his fourth of the campaign with the Super Eagles star delivering another high-level performance in central midfield.

The Carabao Cup shared its player ratings according to Whoscored via its Twitter handle, and Iwobi completed a midfield trio, alongside Steven Alzate (Brighton) and Mateusz Klich (Leeds United).

The midfielder also received praise from his coach Frank Lampard after his man-of-the-match display.

Lampard said: “Alex is playing at a very high level where he plays – in midfield, up on the pitch.

“He works without the ball and he is a great player for this team. We are very happy with his performance and he has been getting better since I got here. He has started the season in great shape.”

Everton’s attention now turns back to the Premier League, with a visit to Brentford’s Gtech Community Stadium on Saturday, where they hope to score their first win of the campaign.