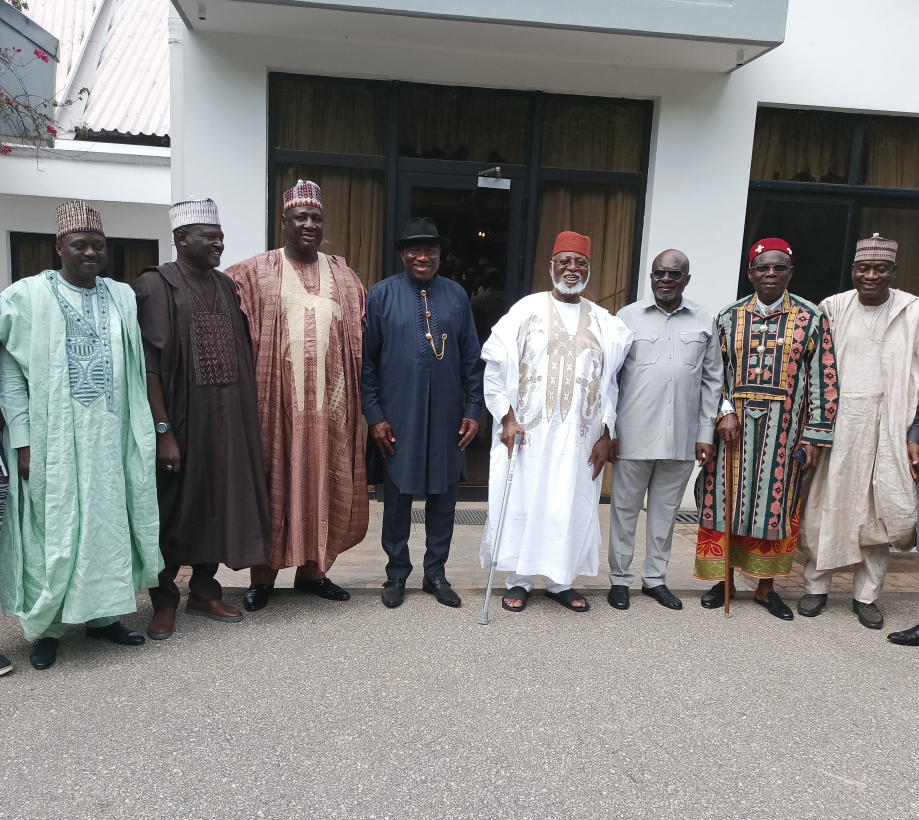 Former president, Goodluck Jonathan, has instructed the youth to vote well by electing a president who has the best interests of the nation in mind.

Jonathan, who said this in Minna on Wednesday when he visited former head of state Abdulsalami Abubakar, said a president who has the country’s best interests at heart is all the nation needs right now.

He claimed: “Vote for a leader who will not jeopardize our interests for his personal gain, especially one who will view Nigeria as a project.”

He said: “We all wish our country the best. For every Nigerian, especially the young people, elections are coming up, they have to choose the person they think will lead us well, the person who will serve us well. A leader is also a servant and as president you must lead and serve.

The former president also stated that only a candidate who takes Nigeria as a project can save the nation.

He went on to say that apart from a courtesy call following his return from medical treatment abroad, he was in Minna because the nation needs him for the role he plays in stabilizing the nation’s peace.

“It has been over a year since I visited the state. As the youngest former president, I occasionally go around to visit them. I haven’t seen General Abdulsalami in a long time and you know he just got back from medical treatment abroad so it’s good that I come with some of my friends to pay a courtesy visit and greet him .

“I wish General Abdulsalam the best because we need him, especially when we are talking about the 2023 elections. You know he is chairman of the National Peace Committee that is trying to ease the peace process during elections, this is when he is desperately needed. I know there will be so much pressure on him now to see what he can do so that the 2023 elections can be free, fair and in an environment of peace and love.”