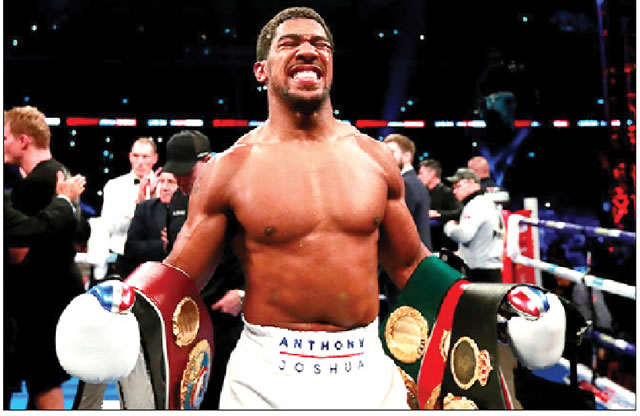 Commenting on Joshua’s second defeat to Usyk, ex-Nigerian boxing champion Jerry Okorodudu believes Joshua still has a lot to prove and disagrees that this is the end of his boxing career after losing his rematch with Usyk.

He advised the 32-year-old not to be distracted by the defeat, but to stay focused.

“In boxing you win some and you lose some, but I don’t think he lost that fight, the fight was too close. It was a split decision. But he can also go back and train harder to cash in on his titles.”

“I don’t think it’s time for Joshua to stop boxing. At 32 he is still a very young fighter unless he turns 39. He needs to stay relaxed and focused on what lies ahead.” Okorodudu added.

Meanwhile, Joshua says he’s “hungry” to fight again and hopes to return to the ring in December.

Boxing promoter Eddie Hearn wants Joshua to have three or four fights by 2023 to reclaim his heavyweight titles.

“I spoke to Eddie and asked him if it is possible to get out in November because momentum is important in boxing – Eddie said December,” Joshua said.

“When it comes to who I’m fighting, it’s one, come all. Whoever wants it can have it, I don’t mind.”