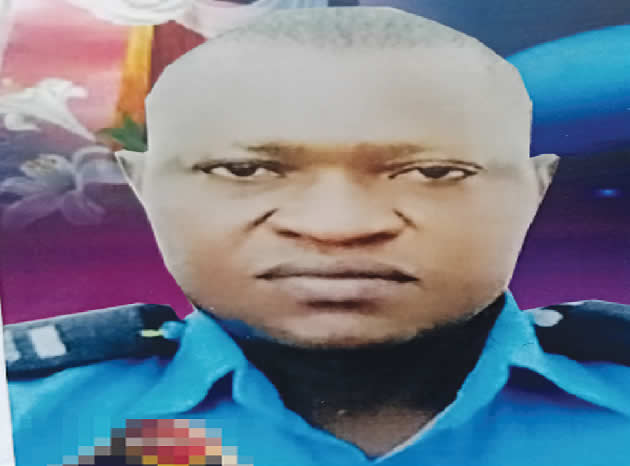 The family of an inspector serving with the Ago Palace Police Division of the Lagos State Police Command, Jeremiah Omaga, has been mourned after he returned from work, collapsed and died while being treated at a hospital in the state.

PUNCH Metro understood that Omaga, who lives in the Queen Barracks, in the Apapa area of ​​the state, returned from his service at the Ago Palace Police Department and began to complain that he was not feeling well.

Our correspondent learned that the officer’s health deteriorated shortly after his complaint, prompting his wife to call one of his friends, who came to take him to the hospital.

The deceased’s neighbor, who identified himself simply as Comfort, said Omaga was unable to work when he was taken from his apartment in the barracks, adding that he had lost a lot of strength before going to the hospital.

She said: “I saw him when he arrived around 9:30 a.m. on Sunday morning, and when I greeted him, I noticed that he wasn’t feeling very well. Shortly after greeting him, his wife came out of their apartment to meet his friend who came by car.

“It was at that moment that I knew he was about to be taken to the hospital. But by the time they got him out of the room, he couldn’t walk alone.”

A relative of the deceased, Kazeem Bonobi, said he learned of his health condition after his wife called to inform him, adding that attempts to talk to Omaga failed due to his condition.

He said, “The woman called me to say that my brother was coming home from work and not talking. She said he dropped his bag and went straight to bed, not even looking at the kids.

“He also told his wife that he wanted to rest, but she felt something was wrong with him because of the way he behaved. When she touched his body, she said her husband started to feel pain, so she called me.

“I immediately left the house and by the time I could get to their house she had already taken him to the hospital with the help of the neighbor. By the time I got to the hospital, he had been on oxygen. He just stared at me and couldn’t do anything.”

While the police officer was on the sickbed, Bonobi said tests were being done to determine his medical condition, adding that Omaga died before the results were ready.

He said: “He was immediately tested when he arrived at the hospital. But he gave up in the middle of the night before they could even give the result of the tests.

“But as we prepared to move his body, we were told to wait for the results of the tests to know what to write on his death certificate.

“When the results were announced, it was stated that his death was related to his sugar level and high blood pressure.”

Our correspondent learned that the dead policeman’s corpse had been taken to his hometown in Kogi State to perfect his funeral rituals.

Attempts by our correspondent to speak to the Omega’s wife, who was inconsolable at the death of her husband, failed.

He said: “The woman called his office, said he was pooping when he got home and was taken to the hospital where he died.”