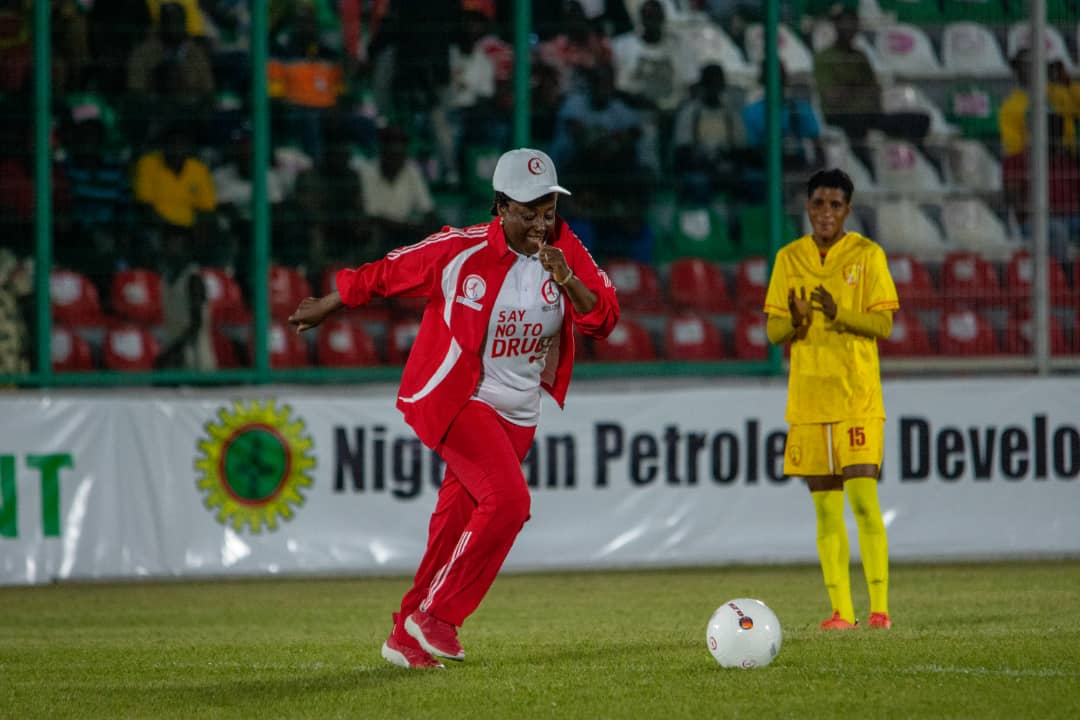 The second Betsy Obaseki Women’s Football Tournament, Friday, came to an end amid pomp and ceremony with FC Robo Queens of Lagos crowned champions after beating hosts Edo Queens 1-0 in an explosive final.

The 10-day event came to an exciting end, with sparkling cultural displays, singing, dancing and drumming, as well as exciting displays by various groups to announce the end of the tournament.

The tournament, with the theme ‘Say No to Drugs’, was aimed at raising awareness about the adverse effects of drug use by young people.

A seminar with more than 10,000 young people, leading personalities, guests and representatives from the 36 states of Nigeria was also part of the tournament for a speech to discuss the campaign against drug abuse, its various manifestations, its impact on the sports industry and the wider society and help the collective move forward. measures to address the threat to the betterment of society.

Other top personalities in attendance included the Speaker, Edo State House of Assembly, Marcus Onobun; the Chairman, Edo State Sports Commission, Yusuf Ali and wife of the Vice Governor of Edo, Maryann Shaibu, among others.

Welcoming guests at the very colorful closing ceremony at Samuel Ogbemudia Stadium, Benin City, the tournament organizer and First Lady of the State of Edo, Ms. Betsy Obaseki, said: “I welcome you all to the State of Edo to witness of the closing ceremony and final game of the second edition of the BOWFT at the Samuel Ogbemudia Stadium in Benin City, Edo State.

“Keep in mind that the theme of this year’s tournament is ‘Say no to drugs’.

For his part, Dare praised the governor, his deputy and the Edo First Lady for the well-organized pre-season tournament.

“We’re here again to watch the second edition of the largest pre-season tournament in the state of Edo.

“I thank all the First Ladies present here for supporting this vision of our First Lady, Ms. Betsy Obaseki. I appeal to them to go back home and repeat this in their various states. It could be in football or any other sport.

“At the just ended Commonwealth Games, 95 percent of our medals were won by women and women make us proud.”

The entertaining match between Robo FC and Edo Queens ended 1-0 in favor of the Lagos side, with Rukayat Oladeti snatching the match winner in the 24th minute.

In the match for third place, Delta Queens defeated Nasarawa Amazons 4-2 on penalties after 120 minutes of exciting football ended goalless.

Speaking of their win, Delta Queens Head Coach Tosan Blackson said: “We played for pride anyway and kept to the standards. After losing a match in the group stage, we should not have lost to FC Robo in the semi-finals. When we came in for third place before the game, we knew we had to do it right. We knew the game was a must-win for us.”