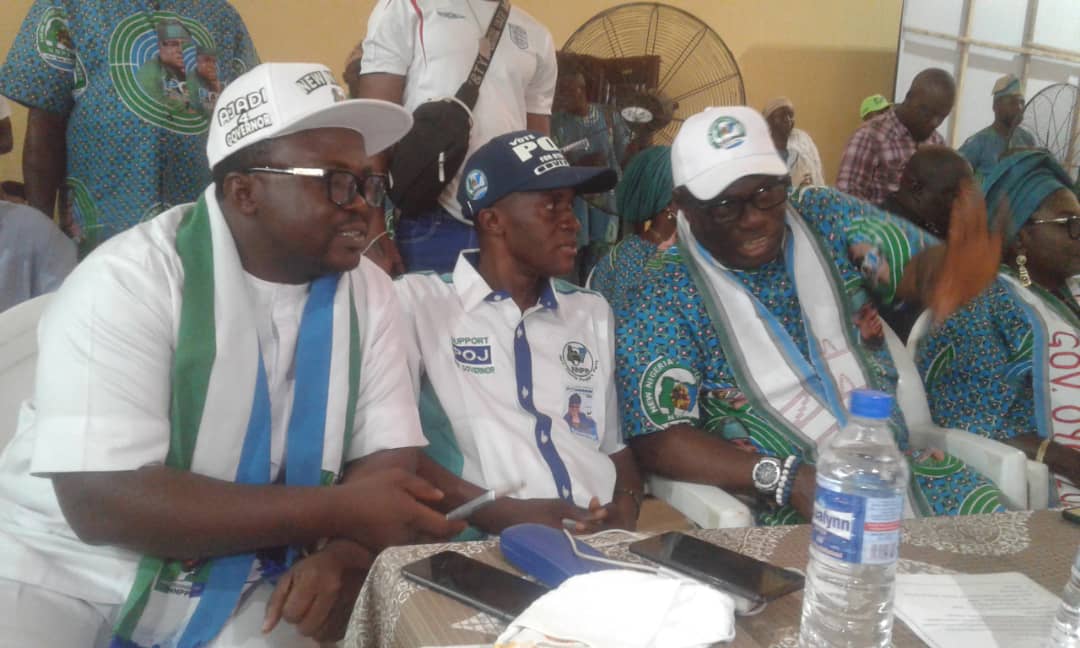 Olufemi Ajadi, the Ogun state governor candidate of the New Nigeria People’s Party, has said that voting for the party at all levels would free Nigerians from the current challenges.

He added that with the current challenges, Nigerians have clearly seen that the country needs to have the right people in leadership positions.

Ajadi stated this during the official unveiling of the NNPP governor candidate and his running mate, Popoola Joshua, and Alhaja Adesope Atinuke, respectively, on Thursday at Liberty Stadium, Ibadan, Oyo State.

He added with the leadership vacuum that the NNPP had become a mainstream party anchored in the minds of Nigerian voters.

Ajadi said the party could have done this through its compelling campaigns and issue-based politics.

He said the party was widely known for its people-based manifesto and one or the other empowerment initiative.

“We entered politics to save our people from the social mess the APC and PDP have put them in.

“By the grace of God, NNPP is taking over the entire political space of the country, our antecedents speak for us,” he said.

He said that the people of Oyo want a new government and that God would use him for good in the state.

“We will be as big as some people in developed countries. This is a critical time in our state when government and power must return to the people. So it’s time for the entire city of the state to experience true democracy and a government that works in their favor.

“We are determined to take our state to its rightful place as a pacesetter. The election isn’t just about us, it’s more about the future of our children and our precious state, because our people deserve better.”

For her part, Atinuke said that all residents in every part of Oyo should expect a positive impact of democracy in every aspect of their lives.

“I have been officially announced today as Deputy Governor by His Excellency Popoola Olukayode Joshua, I pledge to work with the governor to implement civil rights when you vote us in the state in the 2023 general election,” she said.

The leader of the party, Alhaji Adebisi Olopoeyan, urged all residents of Oyo to vote for all NNPP governor candidates and the state assembly; House of Representatives and National Assembly candidates for good representation at state and national level.

“We are known as talk-and-do politicians and I assure you that all our promises will be fulfilled when we get to the office,” he said.

NNPP Southwest Secretary and Director General of Olufemi Ajadi’s Campaign Committee Tunde Oke said voters in Oyo need not fear the ruling party, adding that what has happened in Osun in Oyo would repeat in favor of NNPP.

“We recognize the presence of the Hausa group; we are grateful for their total support for our candidate and we will be happy to work together when we take office in 2023,” he said.