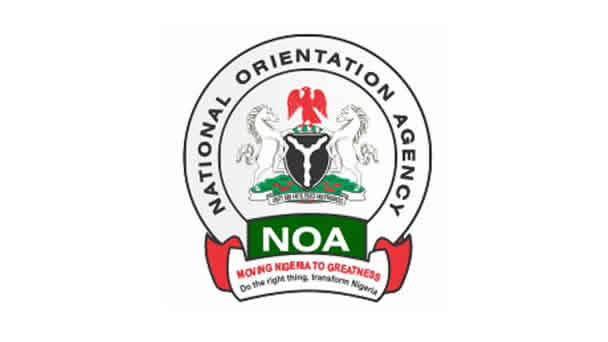 NOA’s director general, Dr. Garba Abari, made the call Saturday night during the private screening of a national development film project, ‘The Pledge,’ in Abuja.

The News Agency of Nigeria reports that the film was produced by Uchenna Simon, popularly known as Prince UC Mgawa, while Paul Apel Papel directed the film.

The News Agency of Nigeria reports that the film was produced by Uchenna Simon, popularly known as Prince UC Mgawa, while Paul Apel Papel directed the film.
Abari urged the youth to preach patriotism and nationalism in all their words and actions.

He said: “Nigerian youth have a fundamental role to play. Nigeria is essentially a country of young people, as more than 65 percent of our population is under the age of 35. So this country belongs to the young.

“Nigerian youth need to have a new idea that is different from the ideas that are now being promoted.

“The only way to do that is to propagate new ideas based on patriotism, love for the country and not get rich quick.”

The director general, who described “The Pledge” as a nationalist film, also urged Nigerians, especially politicians, to emulate Onyema’s character in the film, which reflects the “Nigeria first” mentality among Nigerians. had.

“I believe that together we will join forces and ensure that we have a land of our dream fulfilled,” he said.

In his comments, Simon, the founder of the Tagwaye Charity Foundation and executive producer of the film, said the film was aimed at preaching peaceful coexistence and mastering Nigeria’s mindset among Nigerians first.