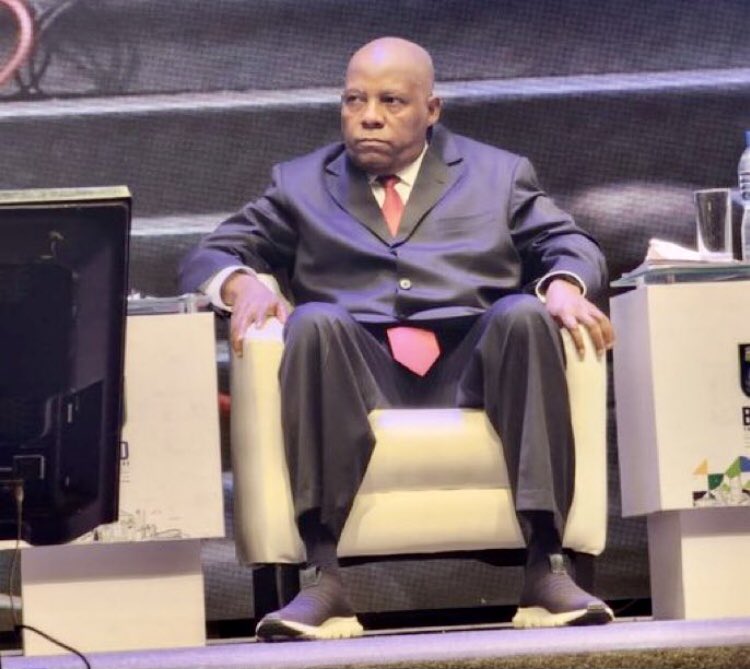 At the annual conference of the Nigerian Bar Association, several presidential candidates presented their respective agendas to the public. Tuesday’s event was one of the few times in this election season where we’ll hear anything close to “problem-based” campaigning. Next month, when the elections officially kick off, one can expect to be attacked with a deafening roar of candidates struggling to outdo each other in their premises against the lowest common denominational instinct of their followers. They will have to shake off the sociability and work against each other to amuse their followers.

For the next few months, they’ll be on campaign grounds, where, surrounded by a howling mob eager to get excited with yabis and singers hurled serially at their supposed opponents, they’ll have to pluck each other’s guts. Meetings such as Tuesday’s event are one of the opportunities for the candidates to bring out the best of themselves by sharing the ideas that will define their leadership character. Hopefully there will be more of this kind in the future. If presidential candidates choose to deceive themselves from privileged interaction with a prominent audience by abstaining from such events, that is their loss.

When I watched All Progressives Congress vice presidential candidate Kashim Shettima use statistics to support his claim that security could be improved if the Nigerian defense budget was increased, it seemed to me that we were finally on the brink of a culture of build up count. For the most part, Nigeria is walking in the dark. Some of the most momentous decisions that affect society are made (or not) without verifiable facts. We hardly conduct polls to weigh public opinion and hardly anyone knows the Nigerian population for a fact. There are so many things about us that we don’t quite know. We survive mainly by instinct, which is why Nigeria is largely dysfunctional. People often talk about ‘ungovernable spaces’ when referring to the areas occupied by roaming bandits, but virtually every part of Nigeria is ungovernable. Even the supposedly governed spaces are chaotic and our inability to properly govern ourselves has to do with the fact that our society is largely unmapped. We have no definitive knowledge of the spaces we occupy. We can hardly take into account the material and immaterial forces that shape our environment and therefore we are lost.

Much of the credit for how some politicians arm themselves with facts before facing the public should go to Labor Party candidate Peter Obi. He gets a lot of criticism when his numbers don’t match his claims, but I’m always excited to see Nigerians take it upon themselves to control him. People turn into Bereans and control the things they are told. Hopefully that attitude will be maintained after the election. Yes, many of the fact checks made by critics on Obi are merely hypocritical. If his critics were really interested in facts, they would extend their zeal to their favorite candidates, some of whom have long been possessed by lying spirits. Yet Obi’s attempt to introduce factuality into public dialogue seems to introduce a culture of empiricism into Nigeria’s public conversation, which is highly commendable.

That said, I disagree with Shettima on the need to increase defense funding. Between 2015 and now, Nigeria’s defense budget has increased by at least 66 percent. It is no coincidence that the degree of insecurity has risen correspondingly in the same period. Despite that flow of money, we are no safer now than we were in 2015 because a military-industrial complex has been created with simultaneous leakages and corruption from the top. There is good reason that one of them could claim to have bought himself a premier estate in Dubai from the proceeds of his snake farms. The slippery snakes raking in money from the protracted wars we’ve waged must first be held accountable for what they’ve been fed and eaten, no more.

Incidentally, Shettima also brought up Nigeria’s perennial leadership problem and even alluded to Chinua Achebe’s 1982 statement that the problem with Nigeria rests entirely on failed leadership. Coming from the incumbent party that has systematically ravaged the country for eight years, his claim sounded disingenuous. They had eight years to prove their leadership skills, but failed. Despite Bola Tinubu’s much-vaunted reputation as a headhunter, the catastrophic state of Nigeria is a failure of its 2015 recruit at Aso Rock. He should be apologizing for his failures as an HR manager, not aspiring to become CEO. Shettima also says they would replicate the success of Lagos (and Borno) across Nigeria. How is that even feasible?

Out of the top three candidates at the event, Peoples Democratic Party Atiku Abubakar came out as the one with a conceptual understanding of what Nigeria needs to do to get off the ground immediately. He effectively synchronized issues into the five key points on which he anchored his campaign. He is an experienced presidential candidate, who has had more time to think about problems, and that experience showed. When Atiku spoke about national unity, his ideas about how Nigerians can gain a sense of belonging in their country remained adamantly elitist. According to him, after he and Chief Olusegun Obasanjo came to power in 1999, they ensured that they formed a government of national unity by appointing Nigerians from all parts of the country to their cabinets. While such benevolence will be a significant improvement over the nepotism of this current regime, it does not do much for millions of people trapped in this geographical expression called Nigeria. The elites, usually appointed to those lavish positions when elected officials form a “government of national unity,” hardly argue. Well-nourished people have no problem uniting; those who promote rancor are doing it as a means of increasing societal relevance that will pay off in resource allocation. The challenge is to create national unity and cohesion among Nigerians outside these privileged realms.

As expected, Obi pulled out the numbers to diagnose Nigeria as a failed state. The country’s systems have been degraded and have lost their legitimacy, but so? What will be his immediate corrective action? What overarching solution has he found? At this point, anyone claiming to lead Nigeria should be thinking in abstraction. Otherwise, they will spend their entire four-year tenure just addressing the symptoms of Nigeria’s problems and still get nowhere. Obi also believes that the next election should be about competence and character rather than religion and ethnicity. Well, the character who will determine the next election will be the primordial rather than a quest for competence. In a society where meaning has been lost, belonging to a tribe is viewed as – and rather than – competence.

Overall, the forum was a good start and seemed productive. Bringing together the candidates for a citizen swap is a worthwhile public show, especially when their supporters are polarized. When the candidates engage in an open ritual of friendship, patriotism and even possible interaction between two parties, the likelihood of building tension that could lead to a post-election crisis diminishes. One of the reasons Nigeria had no choice but to break hard under the supervision of the current regime was the pettiness and characteristic pettiness of retired Major General Muhammadu Buhari. In 2011 and 2015, he did nothing to appease the mood that flared up during the elections. Instead, he proceeded to set up a nepotistic and utterly divisive government. We are all now living with consequences. In the coming months, it is hoped that more organizations with professional clout will organize similar forums where candidates can express their ideas before the noise of the election silences reason.

I hope the next time presidential candidates appear; they don’t campaign at all. Selling their candidacy at an event like the NBA conference should be about exchanging ideas, not just asking for votes. That way, candidates wouldn’t have to take cheap shots at others like Shettima who notes that Obi lives in Lagos and not his hometown, Awka. Even Shettima’s director, Tinubu, doesn’t live in Iragbiji, so what was his point?