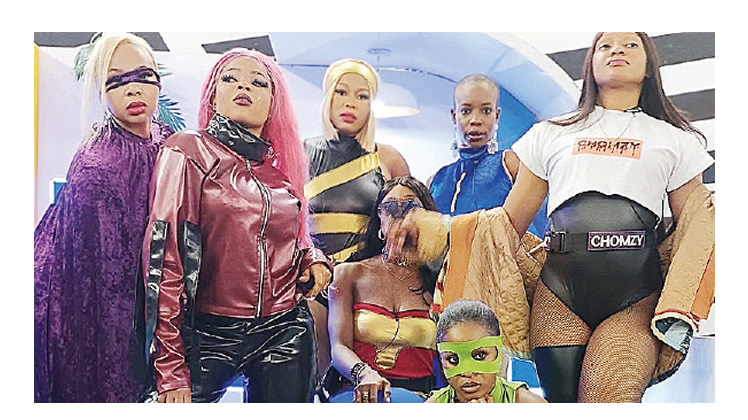 Housemates nominated for eviction — Amaka, Daniella, Chizzy, Modella, Groovy, Kess, and Pharmsavi — had their dairy sessions with Big Brother. Little did they know, however, that Modella and Chizzy were “immune” to evictions because they were fake roommates.

During the live show, Iyanya entranced the audience with some of his hits.

Kess and Pharmsavi were eventually evicted, while Big Brother merged the level one and two houses.

Chomzy became the winner of the weekly competitions, becoming the first female landlord of the season. She also became the first roommate to stay in the HOH room.

After Chichi’s actions the previous day, Piggy gave her a stern warning and told her to better control her emotions. Big Brother also instructed her to write “I will never destroy my co-roommate’s property” in a book, with 23 lines on each page.

In preparation for their next bet, Diana stated that she felt betrayed by her former Level 1 roommates for refusing to pitch her for a major role in the skincare job. This happened after the housemates agreed to use Modella’s skincare brand name for the task.

Amaka set some limits in her relationship with Giddyfia, with whom she has been close since the houses were merged. According to Amaka, she does this because she doesn’t want a problem with Diana, who loves Giddyfia.

For his part, Groovy tried to avoid trouble. Speaking to Phyna, he said they could dance with other housemates, provided they keep it casual and don’t get too intimate with them.

Housemates were energetic during the Supakomando task. Amaka was disqualified for her carelessness. While others were preparing for the task, she was eating. The match ended with Adekunle and Chomzy as the winners. This caused many people to call Chomzy the most competitive female housemate this season.

As usual, the housemates had fun at the Saturday night party.