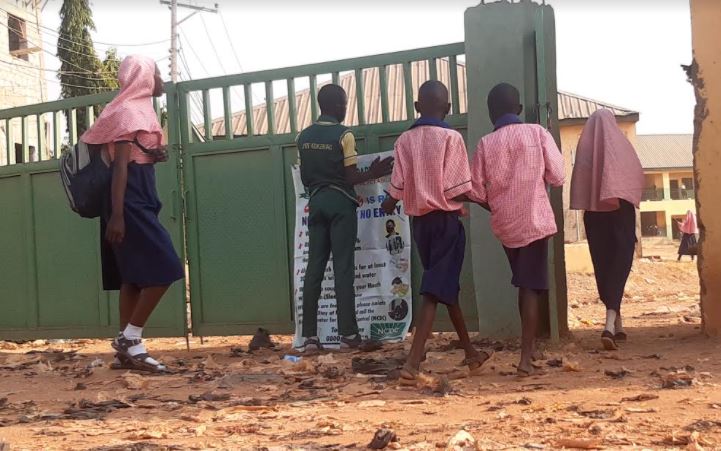 The Federal Capital Territory Administration has said it would roll out a project called “Renovate 100 Schools in 100 Days” to address the infrastructure shortage in elementary schools in the nation’s capital.

The FCTA Mandate Secretary (Education), Sani Elkatuzu, stated this in response to a report on the state of primary education in the FCT funded by the MacArthur Foundation through the Resource Center for Human Rights and Civic Education, as part of advocacy for improved social services in Abuja’s indigenous communities.

The report released by a research and advocacy group, Hipcity Innovation Center, had indicated that 15 of the 16 primary schools attended by the community’s vanguard had no fencing for security.

The community’s vanguard was tasked by Hipcity Innovation Center to identify and report service gaps in the education system of their respective chiefdoms.

HipCity Innovation Center executive director Bassey Bassey insisted that the right to quality primary education should not be overlooked or treated with frivolity.

He said: “We instruct the responsible government actors to quickly renovate and equip these schools with sufficient classrooms and other furniture; provide modern toilet facilities, improve water sources such as boreholes and pumps, fans and electricity to power them, as well as fully equipped playgrounds in all schools, no matter how remote the community is.”

The report also revealed that at all 16 schools, some parts of the roof of their building have been blown off by the wind, rendering some of their classrooms unusable.

It was also reported that many of the schools’ buildings are dilapidated with sagging walls that could crumble any day.

All schools had no functional borehole or pump for water, are grossly unequipped, have no desks and other furniture, as well as well-equipped and functional playgrounds for students.

Elkatuzu responded to the report and confirmed the findings, but explained that budget constraints delayed the planned renovation.

He said: “We are all aware of this and the government mandate regarding public schools in the FCT and there is a plan to upgrade 100 schools in 100 days with plans to address the problems of infrastructure decay in our schools. We are just waiting for our budgets to be approved before it comes to fruition.”

According to him, the FCT administration had instructed school administrators to stop demanding money from parents but to send their needs to the authorities for approval if necessary, as primary education is completely free by the government in Nigeria.

Bassey added: “In addition, given the current security challenges facing the FCT, there is an urgent need to build perimeter fences around schools and take other security measures to protect the lives of students in schools in the FCT. that was the reason for the early closure of the schools in July.”